WHO WE ARE
Home / About

To provide the highest quality representation and just compensation to all those who have been injured and discriminated against. 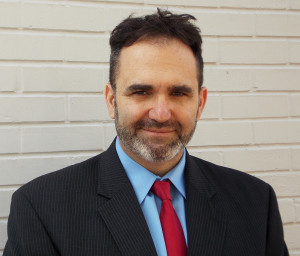 Michael R. Brown has been in law practice since 1998.  He has recovered millions of dollars for those who have been injured and discriminated against.  He has in fact achieved results in individual cases over 1.5 Million and over 3 million dollars.

He is licensed in Mississippi and Pennsylvania and currently practices in Mississippi.  Mike knows that your goals include obtaining the highest possible compensation for you.

Michael grew up outside Philadelphia, Pennsylvania. He pursued an interest in world religions at Kenyon College in Gambier, Ohio where he received a Bachelor of Arts degree in Religion concentrating on Buddhism. He then attended law school at Mississippi College School of Law from 1995 to 1998. He became licensed in Mississippi (1998) and Pennsylvania (1999). After practicing in Pennsylvania for about five years, Mike wanted to go out on his own to work for individuals and not large companies.

Mike and his wife, Emily, met in Mississippi in 1998, and they always loved Mississippi, so they moved back. Mike opened a law practice in Jackson in 2003.

Mike enjoys exercising, meditation, playing the guitar, fishing and hunting with his son, Alex, and laughing with his daughter, Sophie.

In 2016 Mike was named one of Mississippi’s leading attorneys while receiving the Leadership in Law award from the Mississippi Business Journal.  Mike continues to reach new levels in representing his clients and obtaining compensation for them.

The Michael R. Brown Law Offices offers clear, straight-forward communication understanding that the attorney/client relationship depends upon striving to standards of the highest integrity and honesty in that relationship.  Michael and his staff recognize that all people regardless of age, national origin, race, disability, religion, sex, gender, or sexual orientation face difficult challenges when other interests work against them in the system.

Mike knows that those injured in car wrecks, truck wrecks, or by other acts of negligence suffer extensively as other interests work against them.  Mike wants the maximum recovery for you if you have suffered personal injuries.

Mike has successfully resolved many vigorously defended complex claims in the Mississippi State Courts, Federal Courts, and before the Workers’ Compensation Commission.

Mike wants to help you resolve the challenges you face, and get you your just compensation.

We invite you to call for a FREE consultation.

We are usually able to provide you representation with no cost, fees, nor expenses owed unless there is recovery.